Eastern Yellow Robins on the Move 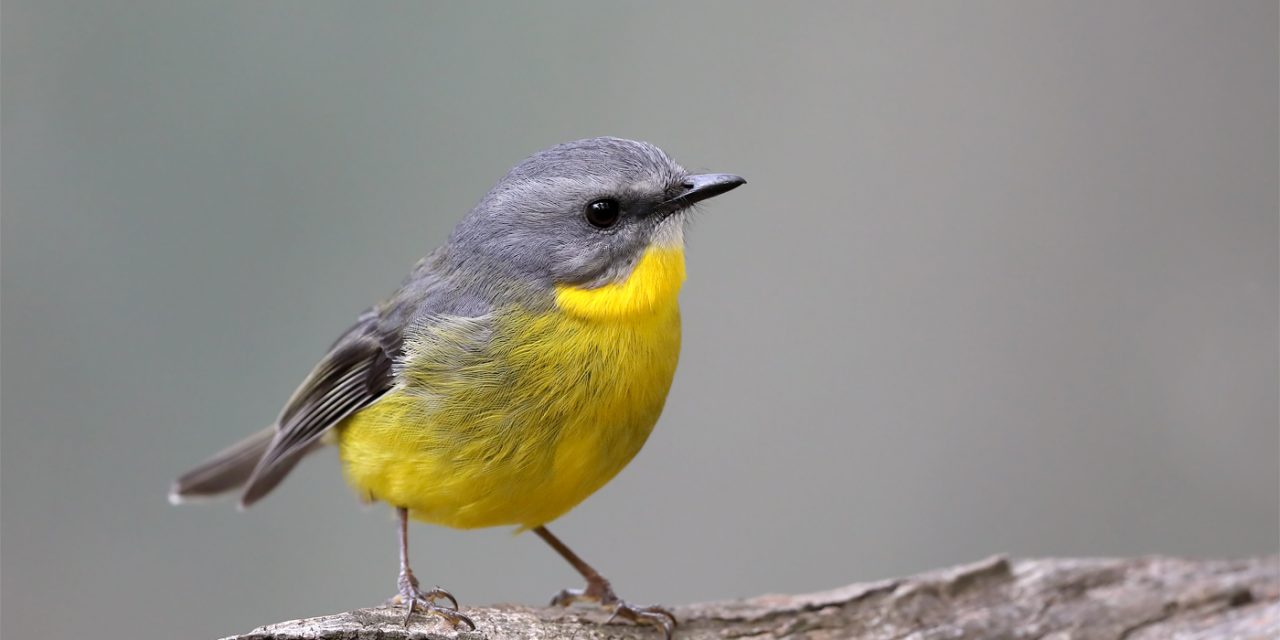 In late summer and autumn our resident birds are joined by a few Eastern Yellow Robins. I only ever see them at the bird bath, at the darker end of dusk, waiting patiently for the thornbills to finish bathing so they can have a quiet drink and a dip.

I can hear their piping calls during the day, made while they are hidden in dense garden vegetation.

Eastern Yellow Robins are bigger and bulkier than Scarlet Robins, with grey wings and back, a dark little line from eye to bill and a very subtle white patch under the bill, the chin. The most obvious feature is the lovely yellow breast and rump – a bright, almost greenish yellow. The males and females look the same, unlike our other robins which have brightly coloured males with the females in more subtle hues.

Eastern Yellow Robins are generally sedentary or resident – meaning that breeding pairs or little families will stay in one area all year round. However, there is some altitudinal migration – with the birds more often recorded in the summer months in higher elevations, and in the winter months in lower elevations.

I suspect that “our” robins have bred in the forests of Glenylon and Trentham and are now heading down to the open forests of the plains. This is the same local movement pattern as Golden Whistlers, who visit our block in late autumn before their arrival is often featured Geoff Parks’ blog – Natural Newstead.

Female Eastern Yellow Robins make the most lovely cup nest, woven with fine grasses, moss and spider webs and then decorated with long pieces of bark on the sides in a distinctive pattern. After the eggs hatch, the males help raise the nestlings – and sometimes other family helpers pitch in as well!

The species name Eopsaltria australis translates to “dawn singer of Australia”, from the Greek. The most common dawn call is a far carrying “tchool tchool” which is a territorial call by males only. Hearing this call is a good indication that you have yellow robins breeding nearby, as they only ever make the call when establishing a nesting territory and raising young.

The piping call is a series of even plaintive notes and is uttered by both male and female and may be used as a contact call – enabling couples and families to keep in touch in dense cover. Piping can also be an alarm call.

The robins’ proper alarm call is very different. It is a grating scold or chatter “kk-kair” often made if you are too close to one of their brown fledglings just out of the nest! 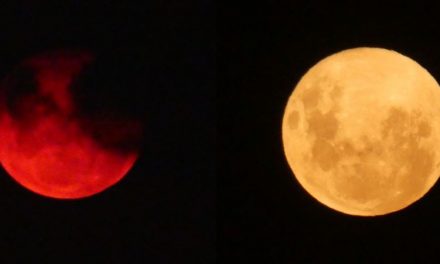 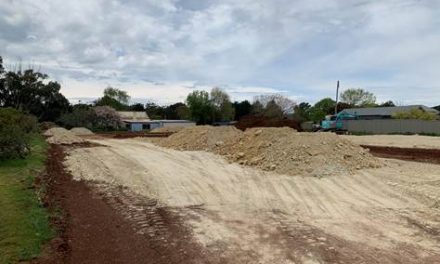 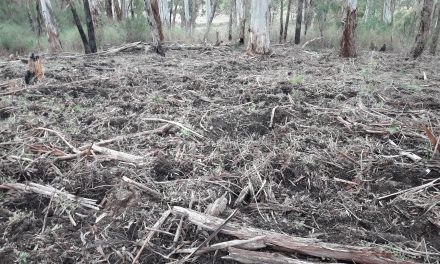