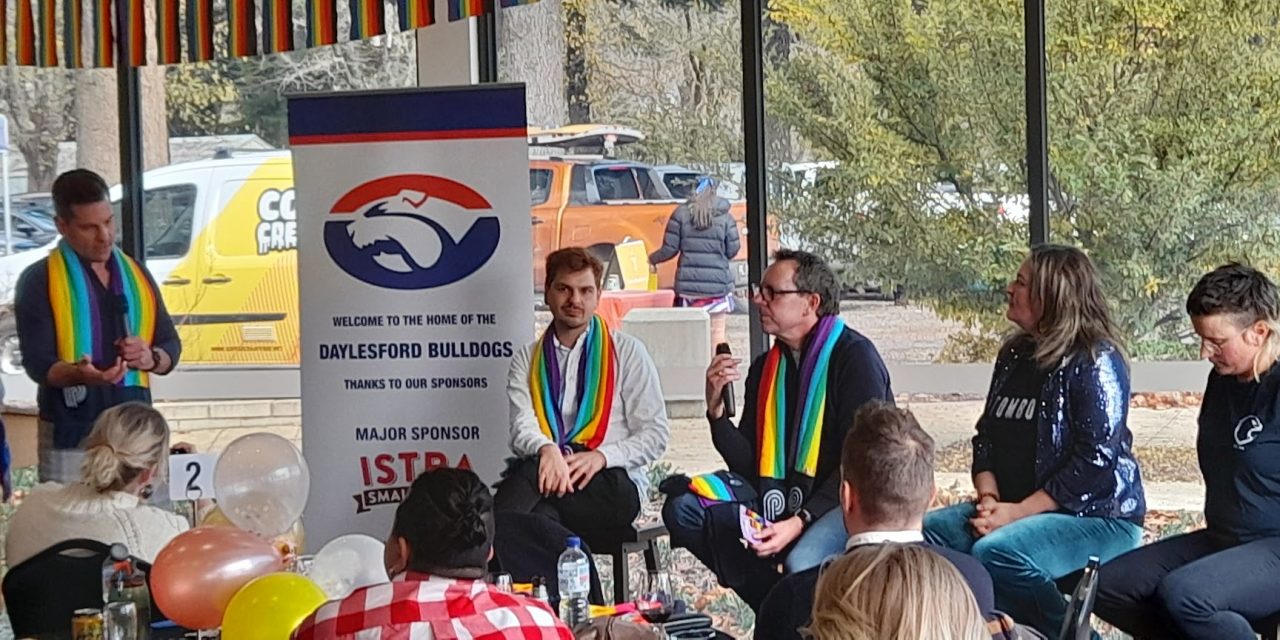 The rainbow flag was flying, rainbow scarves were abundant and the Victoria Park oval was decorated with a rainbow line for the annual Pride Cup at the Daylesford Football Netball Club last Saturday afternoon. And the players were wearing specially designed Pride Cup jumpers emblazoned with rainbow colours sponsored by Daylesford Country Retreats.

At a luncheon before the Senior football and netball matches, DFNC president, Carson White, welcomed almost 200 guests and spoke about the importance of community sports clubs as welcoming and inclusive environments. “Community sports clubs need to respond to changes in the community,” said Carson, “but they can also lead that change.”

ABC National News breakfast weatherman, Nate Byrne, hosted the lunch and quipped that “it was nice for a change to be on before the sport.” Nate led a panel discussion featuring Cameron Schwab, former CEO of the Melbourne, Richmond and Fremantle Football Clubs, Pride Cup CEO James Lolicato, Chill Out Festival Director Em Ireland and Alana Wearne, Vice-President of the Mount Alexander Falcons Women’s Sports Club.

Cameron Schwab spoke of the challenges of raising a trans daughter and his emotional feelings as the rainbow flag was raised at the ground. “I could hear the sounds of footy on the field and it felt like a huge collision of my football world and my family worlds.”

Pride Cup CEO James Lolicato spoke about his experience of turning away from sport when he was a high school student because of homophobic slurs from his peers and his teachers. He returned, tentatively, at the invitation of his brother who introduced him to his basketball team, a group which has become lifelong friends and supporters. “And now you are all my brothers,” he told the audience, ” because by supporting this event you are supporting sport as an inclusive environment.”

Alana Wearne spoke of the importance of the Mount Alexander Falcons Women’s Sports Club in providing a safe, encouraging club environment for girls who want to play footy, saying that it helps create a society where equality is realised. This is a new AFL club for women, girls and gender diverse people. The Falcons will play eight practice matches this year and they aim to join the Central Victoria Football League women’s competition in 2023.

And on the field, the Bulldogs had a great day beating Beaufort 11.15-81 to 9.9-63. Sam Winnard and Shaun Clarke each kicked two goals for the Bulldogs. The Reserves also registered a win scoring 9.5-59 to Beaufort’s 4.9-33. Daylesford’s Aaron Murphy, Tom Powell, Liam O’Conal and Ben Horne  contributed two goals each.

Carson White thanked the club for their support in hosting the event. “We couldn’t have done this without the help of so many of our great volunteers on the day!” said Carson. “The Pride Cup event success is a credit to the whole club.”

Daylesford is away at Bungaree this weekend while Hepburn will be at home to Gordon at Laurie Sullivan Oval. Hepburn are currently in second place on the Senior football ladder just ahead of Gordon on percentage so it should be a good match. Cold, wet weather is predicted, so it will be a great game of traditional country footy. Dress warmly. 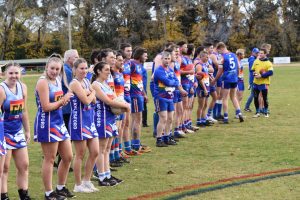 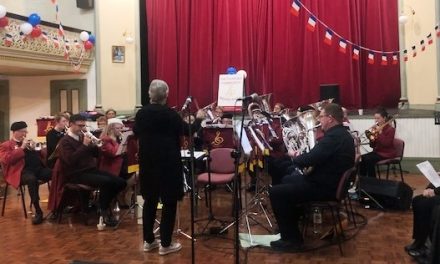 A Celebration of French Music

One Hundred Year Celebration for Rotary 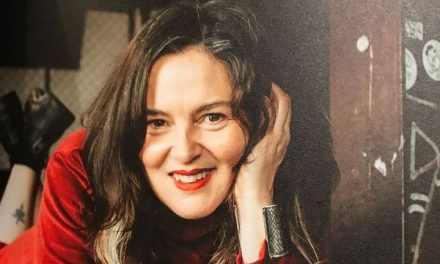 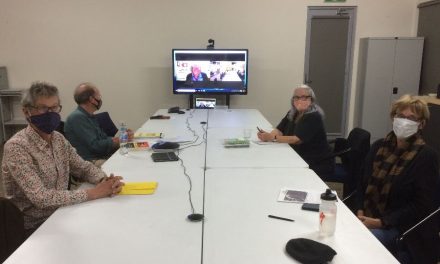