For some of us, this month has seen a huge change – back to the office for the first time in two years! Physically getting up and getting to an office (in my case Gisborne) has necessitated some earlier than usual mornings.

Last week, I was preparing my breakfast in the low morning light when I looked around the kitchen and lounge room thinking “wow that is a BIG moth!” However the flight pattern was swift and assured as the creature did rapid circles around our small house. A bat! A microbat – and our first inside bat in some twenty years living here.

I quickly shut the door to the study, and then turned off all the lights, and opened all the doors and windows. Then I grabbed my breakfast and our small dog and went into the other part of the house – trusting that without us there the bat would quickly work out how to exit the house via the open doors and windows.

The expression ‘blind as a bat’ is a complete misnomer – most bats can see very well indeed! Our visitor would be using a combination of echolocation and vision to navigate. Doors and windows are not the usual part of the bat’s every day environment, and as I could only open some of the windows fully, the bat would have had to work out which openings were actually open!

After brekky I was relieved to see that bat had managed to find its way out – I had to get cracking and get to work!

The most commonly occurring species of bats in the Wombat Forest region is a surprisingly big list! Going from the largest microbat to the smallest we firstly have the White-striped Freetail – a big and fast flying velvety-furred bat that hunts high in the canopy. This bat’s echolocation call can be heard by most people and sounds like two twenty cent pieces being tapped together.

Then we have a few “medium sized” bats – the Gould’s Wattled Bat, the Chocolate Wattled Bat and the Eastern False Pipistrelle. These bats have the most delightful jowly faces.

We then have the very attractive long-eared bats – Gould’s Long-eared Bat and the tiny Lesser Long-eared Bat – both of which fold their huge ears like a concertina fan when they are in torpor (a kind of hibernation).

Finally, last but not least we have the funnily named Large Forest Bat and Little Forest Bat – both VERY SMALL BATS! The large forest bat in the hand is scarcely larger than a 50 cent piece. The forest bats have small and very cute features and probably look the most like mice out of all of the bats listed.

Large Forest Bats and Lesser Long-eared Bats are the most commonly reported bats in houses / sheds in the Wombat Forest. The forest bats often have large maternity colonies in the roof cavity of people’s houses, whereas the Lesser Long-eared in houses are often a solitary male who has been snoozing in a curtain, or coat in the shed. Alarmingly these cute little chaps may also be found in firewood piles – so check your wood before burning!

I couldn’t see my visitor very well the other morning but my guess is that it was a Large Forest Bat. 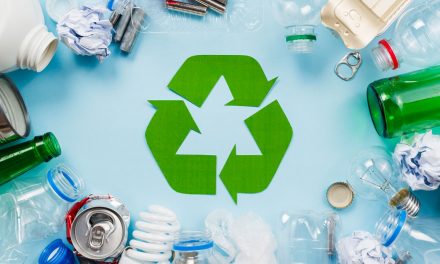 Changes to Requirements for Kerbside Recycling