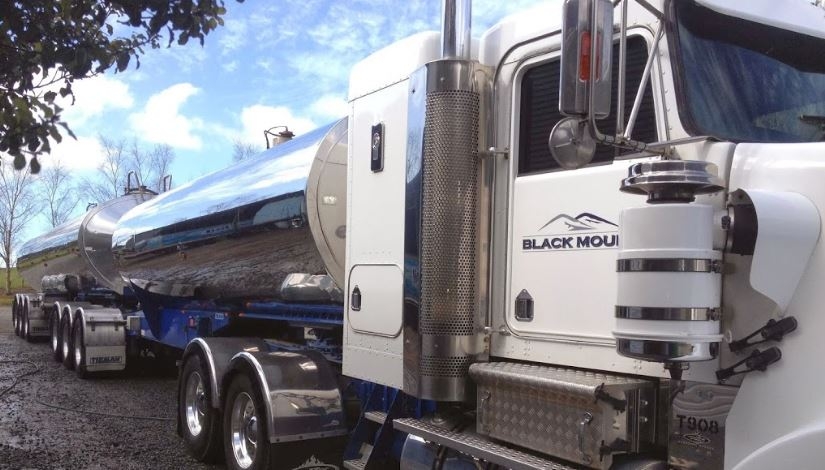 A proposal to commercially extract water from two bores at Musk has drawn an outcry from some locals.

This comes as a report that finds laws around water extraction are ”grossly inadequate” when it comes to the public notice and appeal process for an application to extract water, saying that it “leaves the public in the dark and shut out from the process.”

Objections to the Musk move are rejected by the bore operator, who runs similar operations across the State, and who says, “We are environmentalists.”

Black Mount Springwater asked the regulator, Goulburn Murray Water, for authority to add the two bores to its permit to extract 54 million litres a year from an aquifer to be later sold as bottled water. This would boost its output, say opponents, to 90 million litres.

Opponents campaign under banner of Protect Our Water, The Musk Water Group (POW), saying neither climate change nor potential damage to the local economy have been considered. They fear a harsh future where tourism is hit when spas are unable to get fresh water, and other damage to the local economy as agriculture, grape growing, garden farms, seed growing, herb and lettuce farms come under threat.

“Locals are paying for water for domestic use when tanks run dry while local water is being taken for profit,” says David Moore, who speaks for POW and its 230 members.

Tim Carey, who owns Black Mount Springwater, said he extracts water in a sustainable way. “It’s no good for business if it’s not sustainable.

His business, which has been running for 25 years bought 24 hectares at Musk about 10 years ago. Four or five years ago it added 35 hectares of the late Stuart Rattle’s land, which has two disused bores.

He said Goulburn Murray Water found that because a different aquifer is involved, a hydrologist had to be called in from Melbourne to examine the effects of the bores on groundwater users.

Goulburn Murray Water then asked for a pumping study to check the practical effects. Observation bores will be sunk to monitor the draw down, says Carey.

In what he says is a “hugely costly exercise” the effects in nearby Wallaby Creek will be monitored. “The bores are now going down and will measure the effects on the aquifer, then we’ll know if we can add the bores to our licence.”

Carey says that with his father and brother he also runs cattle at Musk and employs about 30 staff from here and Ballarat. “We do not use chemicals and there is no over-grazing.”

His opponents complain about damage to Wheelers Hill Road by huge water tankers climbing up to the bores. Carey says he pays the council for the upkeep of the road. “We work very closely with the council.”

As for complaints about tankers operating outside a curfew, he says a GPS tracking system ensures correct hours are kept. This system and videos meant the council has no problem with the truck movements, he says. “Some trucks which seem to be after hours are not from Musk. The only reason we keep our contracts is because we do the right thing.
“People will be able to see for themselves what we do.’’

His business also operates in the Yarra Ranges and north of Melbourne. He adds that only a miniscule amount of groundwater is used for bottled water, with most going to irrigation.

Carey’s comments came after The Wombat Post put to him criticism by David Moore including a note that falling aquifer levels have been reported since 2009, when a 15-metre drop was noted.

Leitches Creek mineral spring flow at Musk was 0.21 litres per second a century ago, dropped to 0.03 by 1978, and recovered in September this year after heavy rain to 0.043. “Last summer it dried up altogether,” he said

Dead trees along the Murray-Darling show what happens when they cannot reach their water table level. Many trees blown over in the recent storm were dead or dying near Leitches Creek, Musk, say locals.

And then there is the effect on wildlife, especially for platypuses, which need water to maintain and re-establish healthy populations. Loss of trees hit koalas who get most of their water from tree leaves, but also from licking tree trunks during rain.

“What’s more, there is a potential for subsidence. As over-extraction occurs, water is replaced by air and the weight of the earth collapses into the space. The fact that local bores need to be lowered shows that aquifers are not recharging enough to be sustainable.”

Added to this is the noise of water tankers revving up Wheelers Hill Road and injury to wildlife.

But when Goulburn-Murray Water examines an application, this and other problems are not within its scope.

Moore called for a qualified independent assessor to examine a hydrological impact report to find whether the aquifer has dropped significantly and that a map showing all bore locations should be available to the council and community.

He called for regular monitoring of water extraction at site, explaining that it should not be done 2.4 kilometres away in Wallaby Creek and five kilometres distant at Leitches Creek near Coomora, as at present. Moore says 3-D software can now calculate the size of an aquifer and help estimate the quantities of water held and moving through the area.

The system used now is called the permissible consumptive volume, which Moore says a user on the advisory panel of groundwater management for the Goulburn Murray Water described as “a bit of a dark art”.

Beyond this local issue, Daniel Robinson, a barrister experienced in planning, has found the Water Act gives an effective and unwarranted immunity to water licence holders from requirement of other laws, such as the Planning and Environment Act.

A new section should be included in that Act specifying that a permit for use or development of land should expressly limit rights under the Water Act.

Melbourne lawyer Daniel Robinson called for a new land use term, water extraction, to be included in all planning schemes to define land used for extracting water for selling or trading.

Robinson also proposed that all planning schemes should include a clause setting out policy, requirements and decision guidelines for applications for water extraction permits. “These should include a requirement for a robust hydrological assessment to establish potential effects on the environment and on other land uses in the area, and a clear policy preference for the refusal of applications which are likely to impact upon surrounding productive land uses.”

“Decisions are made, licences are issued and appeal time limits run out before people who might be affected are even aware of what’s happening.” Yet the act says it aims “to maximise community involvement.”

Even more worrying is that it is almost nine years since the Victorian Civil and Administrative Tribunal (VCAT) found these problems:

Robinson wants changes to require a sign to be erected on affected land, a notice in local papers and a personal notice to someone who may be affected.

And here’s another catch: if a landowner wants to transfer a water licence linked to their property to another person, the owner must establish that this would be consistent with the fair management of the water sharing scheme for that catchment.

But if someone keeps a water licence and extracts and sells all the water possible, taking it from the catchment and leaving the land unused, there is no similar process or consideration.

He suggests further controls that would require the defining of the taking and use of water for selling or trading, including sale or trade after filtering, processing or bottling.

A specific request for permission to use water for a primary extractive purpose is needed, plus more comprehensive information on the potential effects.

Every Victorian planning scheme deals with exploration and extraction of natural resources such as minerals, stone or petroleum, but water is a glaring exception.

“There is no reason why this loophole for water mining should remain. Again, this does not require water mining to be banned in all cases, but it should at the very least require a planning permit, just like other kinds of natural resource extraction.”

Considering these recommendations, it seems clear that beyond the local concerns, our laws on precious water badly need reforming.

Kevin Childs is an author and journalist. 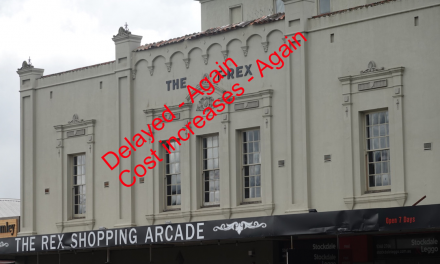 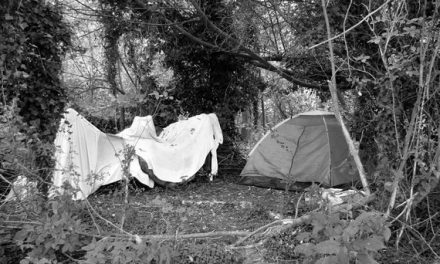 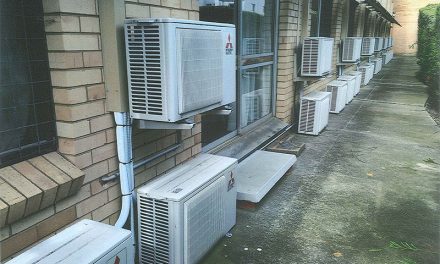 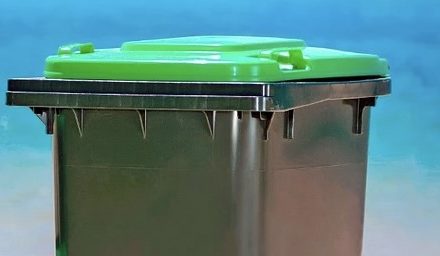 Oh for a Green Bin!