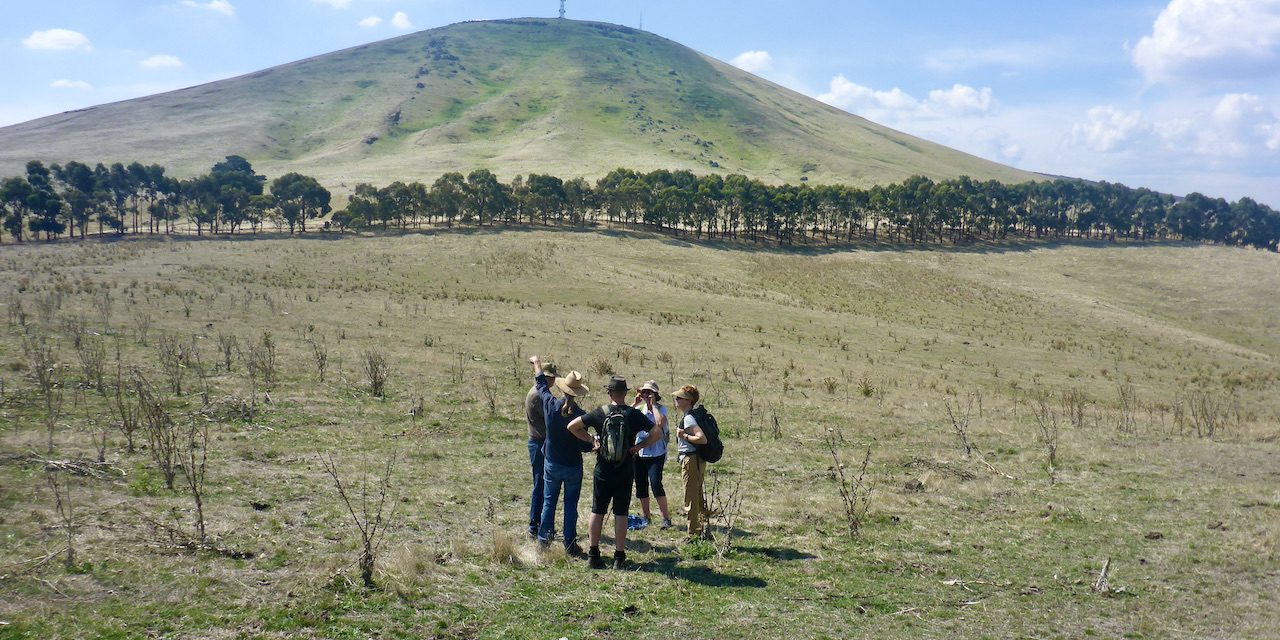 Mt Kooroocheang near Blampied dominates the surrounding volcanic plains. Not surprisingly, it is a sacred site for the Dja Dja Wurrung people who gathered there for ceremonies from their country which extends in all directions.

Last Sunday, April 18, a group of over 40 walkers ascended to the summit of Kooroocheang and visited a number of sites around the base of the mountain. The walk was organised by the Great Dividing Trail Association and led by Barry Golding and GDTA President, Gib Wettenhall. The walk was part of the “Challenging Circuits” series of walks which the Association has programmed for 2021.

“In this case, the walk itself wasn’t challenging,” said Gib Wettenhall. “What was challenging was getting permission from all of the relevant landholders.” The whole of Mt Kooroocheang and the surrounding area is on private land and is not accessible to the public. Some landholders are reluctant to allow access in part because of the cultural significance of sites on their land. They have concerns about potential Cultural Heritage overlays and increased visits from tourists and researchers. Others embrace the significant sites on their land and still others make the sites openly available to Indigenous people.

In 1836, John Hepburn, armed with a squatter’s licence, 10 armed men and 3,000 sheep, laid claim to 30,000 acres around Kooroocheang which he named Smeaton Hill after his home in Scotland. He built a home on a creek which arose from the sponge-like volcanic scoria of Kooroocheang and named it Captains Creek to remind people of his naval rank. He excluded people from his run so the original inhabitants were no longer able to hunt on their land or perform ceremony on their sacred mountain.

Views from the top of the mountain are expansive. Walkers were able to see a good portion of Dja Dja Wurrung land from the Great Divide in the south to Mt Glasgow to the northwest and Leanganook to the northeast. To the south they could see a double ceremonial ring at the base of the mountain. To the southeast, the location of the now drained Kooroocheang swamp was clear. The swamp was an important source of food for the Dja Dja Wurrung.

Also on top of the mountain, walkers examined a large cairn built in 1938 to commemorate the 100th anniversary of John Hepburn’s arrival, one of many such monuments in the area, including the name of the surrounding Shire. No such memorialisation of the Dja Dja Wurrung exists in their landscape. Their 2,000 generational presence has been erased and they have been made invisible. Walkers had a vigorous discussion about the relative merits of destroying the Hepburn cairn or leaving it in place.

Barry Golding has identified some 25 oven mounds surrounding the mountain, evidence that Kooroocheang was a gathering place. Walkers visited one oven mound in a grove of widely spaced, ancient River Red Gums which are probably 400-500 years old. George Robinson, the first Chief Aboriginal Protector, described these same trees as “umbrageous” (umbrella-like) with boughs bending down to the ground before turning skywards again.

Walkers also visited Hepburn’s gravesite. The site, which is open to the public, is about 700m from a parking lot on Estate Lane, Smeaton.

The walk was a rare opportunity to visit the mountain. Local resident, Beth Quin, who grew up on a farm near Kooroocheang, visited the summit  for only the second time in her life.

GDTA President, Gib Wettenhall, remarked that it was appropriate to be visiting Kooroocheang so close to ANZAC Day. “It’s important that we remember all of the people who died defending this country,” he said.

The Great Dividing Trail Association is based in Daylesford. The GDTA developed and helps to maintain the Great Dividing Trail Network which connects Daylesford to Ballarat, Bendigo and Bacchus Marsh. They run a series of guided walks and rides each year. Non-members are welcome to join these excursions. For more information visit their website at www.gdt.org.au. 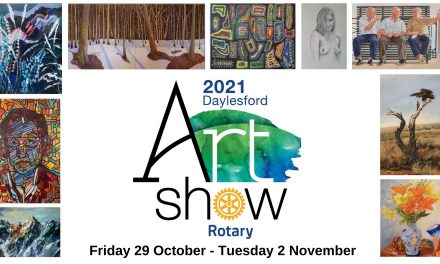 Gearing-up for the 2021 Daylesford Art Show 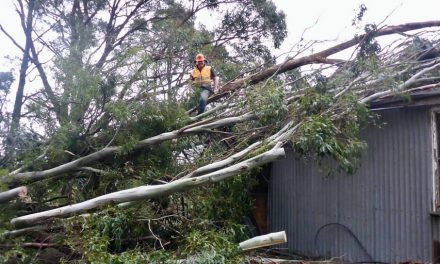 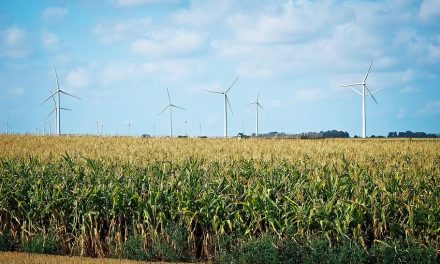 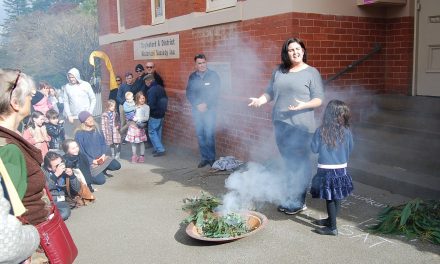