The first McCain Foods factory in Australia was in East Street, Daylesford.

McCain Foods has a large factory in Ballarat which is major employer in the regional city. Local residents may be surprised to learn that McCain started in Daylesford before moving to Ballarat in 1975.

McCain Foods was established in 1956 by four McCain brothers in Florenceville, New Brunswick, producing frozen French fries from the rich local agricultural land. The company was in the right place at the right time. The social trend that favoured convenience food – the movement of women into the workforce – helped the company to grow rapidly.

In 1968, McCain started exporting French fries to Australia where the trend to convenience food occurred somewhat later. McCain started by bringing in product from Canada in refrigerated vessels but the quality after the long voyage was poor. Boxes weighing 14 kg were stacked two metres high in bulk holds. If the refrigeration during the ocean trip was cold enough to keep the contents frozen, the shipment usually arrived in decent condition. But, in the beginning, the cardboard containers McCain was using weren’t strong enough and sometimes arrived badly squashed.

Fortunately for McCain, the quality of the products offered by the local competition wasn’t any better but importing was not a long-term solution. Australia was too far from the potato fields of New Brunswick, currencies were subject to unpredictable fluctuations, and the Australian government charged duties on imports.

In 1971, one of the McCain brothers, Wallace, visited our local potato country – the volcanic plains between Newlyn and Trentham – and by chance came across a small potato processing plant located in a former woollen mill in East Street, Daylesford. McCain bought the mill and started producing French fries locally.

The plant manager was a Canadian, Keith Thompson. He hired Milton Rodda, a twenty-seven-year-old Daylesford native who earned most of his living by hunting, fishing, and doing seasonal jobs such as logging and harvesting potatoes and fruit. Rodda worked for McCain for 37 ears and became a field manager whose expertise in potato agronomy played an important role in improving the raw materials that came out of the Australian potato fields into McCain factories.

However, the Daylesford plant turned out to be more of a problem than a solution. “If you thought the one we built in Florenceville was bad, this was a hundred times worse,” said Wallace.

From the outside, the plant looked like a small barn with a house attached. The best that could be said about the Daylesford factory was that it was colourful. One worker who was transferred from Canada to Australia recalled that “at night, you could see stars through the roof any time you looked up.” With such a roof, it is no surprise that the plant flooded whenever it rained.

On one occasion a maintenance employee went up on the roof, which was made of corrugated asbestos, to make a repair. He fell through and landed, unhurt, on the factory floor, having missed the boiling-hot fryer by just a few feet.

The factory was capable of producing 2,225 kilograms of French fries an hour, compared with the 32,000 kilograms the largest modern plants produce today. In the end, McCain made a decision to start afresh in Ballarat and established the McCain factory there.

The effect the McCain factory had on the Daylesford township is outlined in a book about the company’s history by Daniel Stoffman and Tony Van Leersum titled “From the Ground Up –The First Fifty Years of McCain Foods” (2007, ISBN-10  9780978372002).

The old factory is still standing at the intersection of Stanbridge and East Streets in the industrial section of Daylesford.

The factory once occupied by McCain Foods is still standing in East Street, Daylesford. 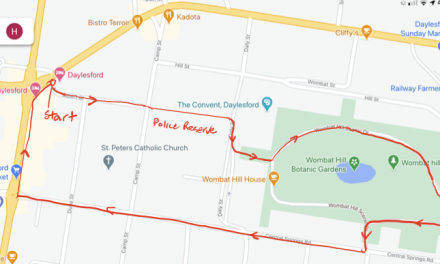 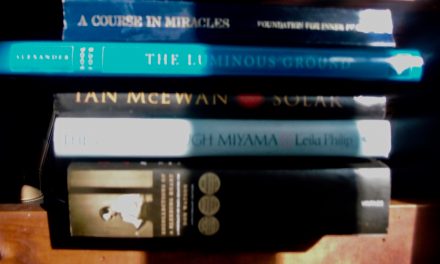 Fun Between the Covers 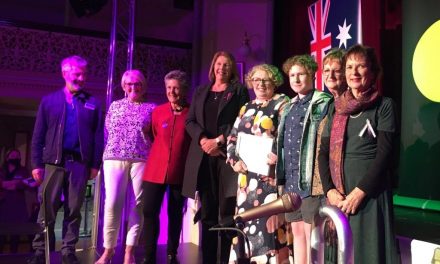