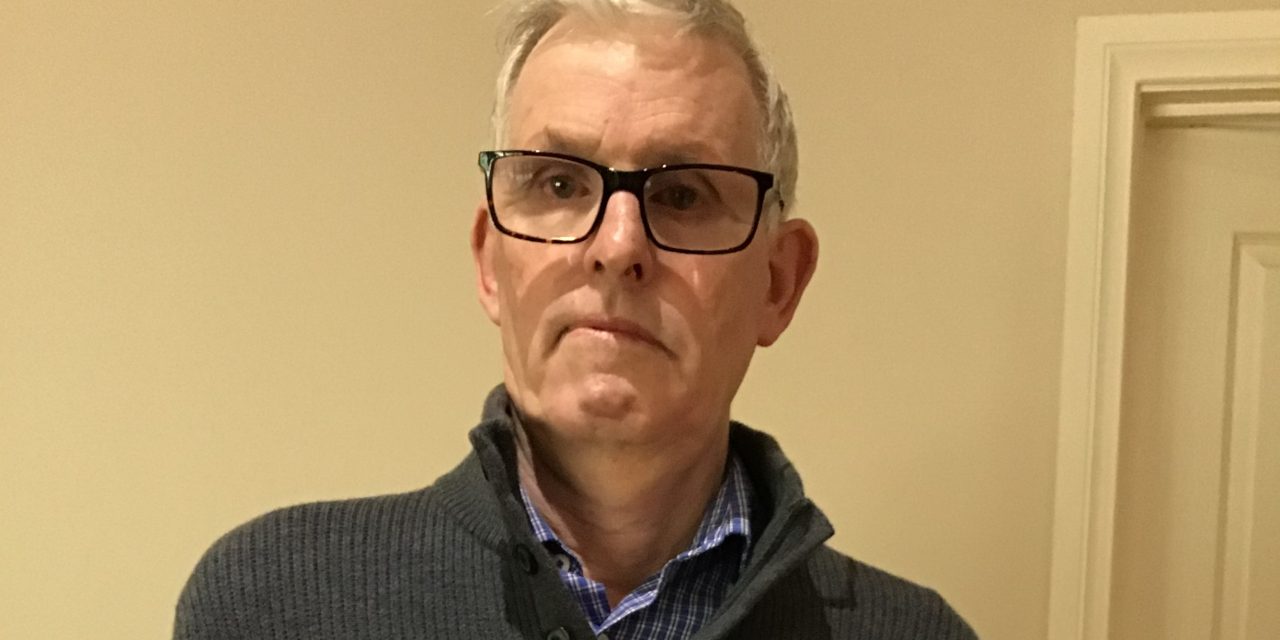 Stephen Walsh has received national recognition for his contribution to the NAB Auskick program at the Daylesford Football Netball Club. In October, Stephen was named the NAB AFL Auskick Volunteer of the Year.

Stephen was named Victorian NAB AFL Volunteer of the year at a ceremony last year. A planned AFL luncheon and ceremony earlier this year to name the National winner was cancelled because of COVID restrictions. Instead, the AFL announced the awards in a Facebook video presentation.

Some years back, Stephen saw the need for a local Auskick programme and got this up and running at Victoria Park.  He has been running the Auskick programme at the Club for 15 years, despite declining health, and has trained others to take over while he continues in an administrative role. 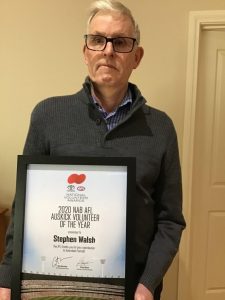 Stephen Walsh with his national award.

“Small kids could be seen scampering across Oval no 1, learning ball skills and the rudimentary rules of the Game, and following Steve like he was the Pied Piper,” recalls former Club Secretary, Kate Redwood.  “Parents helped, and as always, Steve’s family were staunch in their support of Steve’s efforts. Steve knows all the kids by name, speaks to them individually, and they love him.

In his 50 year involvement with the Club as a player, administrator, coach and general go-to person, Stephen’s efforts have been recognised many times at the Club level. His contributions were recently recognised by the highest award a club can bestow – Life Membership.

Stephen played all of his junior and senior footy at Daylesford and his sons, Sebastian and Xavier, have followed in his footsteps. After retiring from senior football, Stephen continued on the Club committee in various roles.

At Victoria Park home games Steve would be the friendly face at the car window as you drove in the gate. He would greet all by name and, of course, suggest that they might like raffle tickets for the latest fundraiser.

Steve led by example, not only by delegating club responsibilities but by always being present.

Steve ran a series of past player events. These were always a huge success with legendary players coming from far and wide to meet up with old mates, have lunch and watch the game.

Stephen was the Club leader that all turned to when the Club was looking for a President after a period of upheaval.  Although his health was compromised by motor neurone disease at the time, Steve steered the Club back to stability with enormous courage and support from family and Club members.

Steve played a key role in raising funds for the Victoria Park pavilion, which replaced the old clubrooms, and now provides a versatile venue for events ranging from year 12 exams, weddings, weekly 5000 Club lunches,  and, of course, is now the home of the Daylesford Football Netball Club. 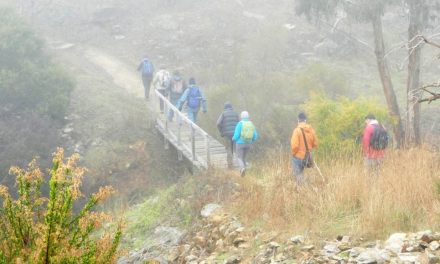 U3A has Hopes for Great Year 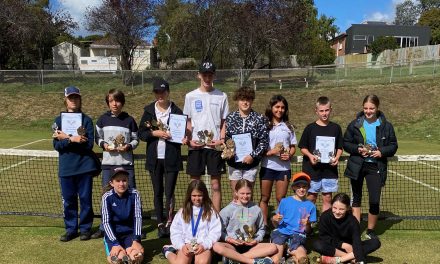 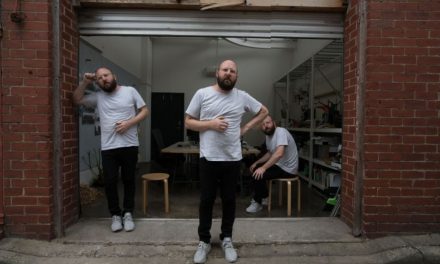 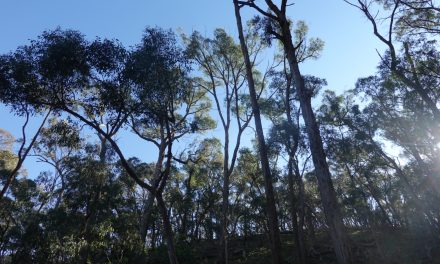 Things to do – Hepburn Reserve Wyuna to Argyle Walk