Ros Pyers Recognised for Her Contribution to Community

Ros Pyers was presented with a Certificate of Appreciation at a private ceremony at her home on September 26. Her three sons (l to r), Greg, David and Alister and her husband, Keith were in attendance.

Certificates of Appreciation from Hepburn Shire Council are rarely presented and only to people who have made exceptional contributions to their community.

Ros was Deputy Principal of Daylesford Primary School from 1971-1980and then moved to Hepburn Primary School where she was principal for the next 10 years.

She was a member of the Daylesford Highland Gathering for 30 years and oversaw the distribution of funds raised to youth organisations and schools. She was President of the Gathering from 1988 to 1990.

She was also a member of the Daylesford Agricultural Show Society for 30 years and for many of those years coordinated the exhibition of school children’s work at the Show. She was President of the Society from 2000 to 2002.

Ros has been an active member of the Daylesford Historical Society for over 15 years and she was a founding member of the Friends of Wombat Hill Botanic Gardens.

Back in the days of Daylesford and Glenlyon Shire, Ros’s husband Keith was mayor for four periods ( 1097-80, 1986-87, 1990-91, 1994-95). In those days, the role of Mayoress was an important and significant one that involved not only attending civic and community functions as consort, but also doing the catering for Council meetings!! In the capacity as Mayoress, Ros’s name appears on the honour board in the Council Chambers.

In her professional capacity as a school principal and some 40 years as a primary school teacher, Ros has effected long term sustainable change through provision of high quality school education to generations of local citizens. It could be argued that the values held and prosperity enjoyed by so many local residents can in no small part be attributed to their schooling under Ros’s tutelage.

The example set by Ros in her professional and community duties has encouraged and inspired her family of three boys and all who knew her in the community. Her recognition by the community is truly deserved. 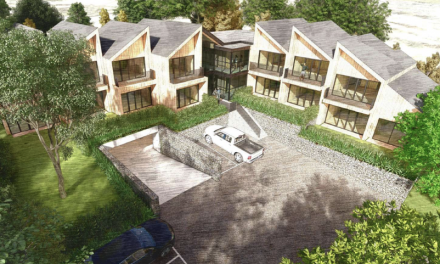